Even longer trips in the car

And the bonfire at the beach

Katniss Everdeen lives in District 12, a poor community controlled by the Capitol. It was founded from the ruins of North America, somewhere near the Appalachians. Every year, one boy and one girl between the ages of 12 and 18 is chosen to compete in the Hunger Games, a televised fight to the death between 24 tributes. All citizens are required to view it and it is used as a tool to remind them to never rebel against the Capitol. And when Katniss’ little sister, Prim, is forced to join the Games, Katniss volunteers to go for her.
But you probably know all that anyway.

I guess I’ll start with the characters. Katniss is a strong-willed, loyal, brave, strong, resourceful person, someone perfect for the Games. I loved hearing the story through her eyes, because she is analytical and calculating, yet can express plenty of emotion. It is the perfect way to view an unknown world.

Peeta is kind, also loyal, charismatic, and a bit soft, having grown up in the richer section of District 12. Because he was also selected for the Games, Katniss views him as someone to avoid due to the fact that they’ll just have to kill each other eventually. but eventually their feelings for each other grow.

Of course, Haymitch, Effie, Cinna, Portia, and the rest of the crew are all loveable, and in some cases ridiculous, and Effie and the design team really add to the comfortable, cushioned, luxurious, ridiculous way of Capitol life.

Rue and Prim are very similar, yet different, and I love them both. Prim is the basis for the whole story, and is very delicate and sensitive, but very small and quick and overall has the same stature and aura as Rue. However, Rue is a little more resourceful and brave, eager for a challenge, and is one of my favorite characters in the book.

Now onto the setting.

Panem is a land of contrasts. You have the Capitol, where people are drowning in luxury, very self-centered, and rather ridiculous, in appearance and demeanor. Then you experience the districts, especially the poorer ones, where people die every day from starvation and disease, and they are completely controlled by the Capitol.

The government and reasoning behind it is very cruel, but well explained. And the arena settings are very interesting and all the creatures and plants in them are cool to read about.

The plot was very well done and I found it very hard to put this book down, and the pacing was practically perfect. In a very high-speed story, I still felt that it was in-depth. I guess Suzanne Collins just knows which spots to hit.

The word choice made the story feel sharp and analytical, yet I still fell that depth that allows me to know background. The writing was just excellent, and in many scenes I felt like I was watching it like a movie in my head.

“The books – the generous friends who met me without suspicion – the merciful masters who never used me ill!”

Being in my warm room, breathing in pencil wood and rubber eraser shreds and papery souls that live in my books

In my mind flying when I stand up high and inhale the air and the sky: My wall, a tree, the bars

Sheltered in the roof and touching the rafters when I pause in the dusted attic, breathe in and out

In the library and museums, history and fantasy entering my lungs and dancing through my thoughts

Breathing in my homes, letting their happiness settling and be remembered 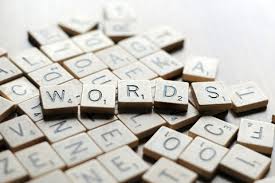 1. A thick dictionary (tiny print and plenty of dust is preferable)

3. A lucky pen for especially good pieces (super lucky if it has colored ink)

5. A flashlight for reading under the covers all night (plus some extra batteries)

7. A big stack of notebooks to scribble in (composition are the best)

9. A blog for sharing

10. A journal for keeping (must be secret)

I know that I already have a review for this book on my goodreads shelf, but I liked it so much that I thought that I might as well review it here: 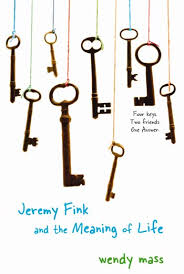 I would definitely give this book five stars. I have read several books my Wendy Mass before, but this one is definitely my favorite. The book starts off by introducing Jeremy Fink and his best friend Lizzy. They get a box in the mail that says “The Meaning of Life, For Jeremy Fink to Open on His Thirteenth Birthday”. So he and Lizzy go on a hunt for four keys to unlock the meaning of life. There were some parts that made me laugh out loud, parts that made me put the book down so that I could think, and parts that I had to reread because they were so interesting. I really like the characters in this book. Jeremy Fink is the quirkiest character that I have ever read about. I also really enjoyed this book because it was  totally unique. I had never read anything like it and I know that it will never be accused of copying Harry Potter or something like that. So all I can say is that this book is a must-read! 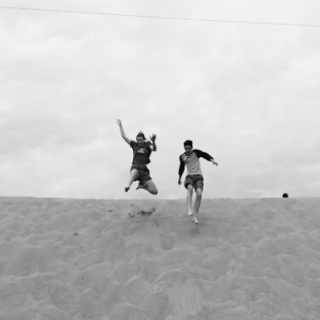